Who Wants a Spinoff?

Sigh. Now that season 2 of The Valley is just a memory, it's time to put away your The Valley air freshener (exclusive to the gift bag!) and brush your lips one more time with your The Valley lip balm (featuring the best-looking white kids from season 1!).

I have often joked about spin-off series that could come from The Valley. Chiefly, the AWESOMENESS that would be Ellis, Officer Perdue and Travon going around Dayton solving crime. 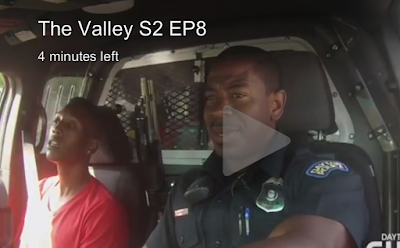 Apparently, The Valley is in on this game too. And they are letting all of the many, many fans of The Valley vote for which cast member they would most like to see in a spin-off. I believe this is just for fun, unfortunately. But check out the current vote:

Sol, I can see. Who amongst us hasn't gazed longingly at her breasts and listened to her whiny voice and said, "I need so much more of that."  But Nathan?

I guess I could see The Adventures of Nathan being a cool show. He wakes up in his dog-smelling apartment, heads to the Cincinnati pride parade with his new friends and then heads home to DeGraff for a family reunion. What he doesn't know is that the producers have booked Dayton's Rubi Girls as entertainment. Awkward hilarity ensues!

Who is your favorite for a spin-off? Maybe Ally trying to make it in the music business, with a shirtless Chris by her side? Aaron launching his own line of ambiguous tank tops? Noelle, coming-to in a Put-In-Bay restroom, realizing she's been left behind?

Vote here or let me know in the comments. Fingers crossed for season 3!