The Valley Recap: Greasy Locks and the Redneck Momma (S2:E9)

Welcome back to Dayton Valley Talk! If you haven't already, check out my hilarious recaps of earlier episodes.
The Valley is a Dayton-produced reality show, featuring favorite players from Season 1 and a set of new 18-24 year-olds who can't manage their own fundraiser. Everyone has something to prove. So what’s your story? 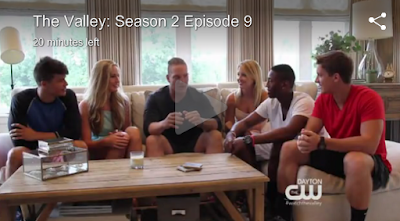 Last episode: Don B awkwardly hangs out with a transgender, Ellis catches a bad guy,
and the girls shop at Goodwill.
Theme song: “Do you have what it takes?” to cut off your nasty, greasy man hair and mail it to AJ Hawk? To figure out why they were even raising money? To survive the awkwardness of Ryan's redneck Momma? 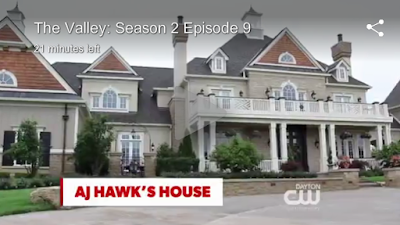 After all that he says very little about his charity or what it does. From what I can tell Hawk's Locks for Kids collects email addresses and hair. And then they... who knows. The website is like three pages. OK, there is an address you can send your hair--it is the same address as a company in Columbus that books those football game excursions.

What's troubling is that no one is talking about why they need money and what happens to the hair. The Facebook page is full of pictures of good-hearted people donating hair. But there are no pictures of any children helped by this foundation. None.

Anyone whose brain is as big as their heart knows that many of these hair donation charities aren't actually helping many kids with cancer. The famous New York Times article has the money quote, "80 percent of the hair donated to Locks of Love, the best known of the charities, is unusable for its wigs." (P.S. "Locks of Love was founded by and operates primarily for sufferers of alopecia." [not cancer])


Anyway, sham charity or not, Noelle, Alexys, Ellis, Ryan and Aaron are PSYCHED to be visiting AJ Hawk and getting a challenge to raise money for the kids, or something.


Second Adventure: Dayton Mall
Sol and Don B didn't get invited to AJ's mansion but they have to help raise money anyway. They meet up with Ellis at the Dayton Mall. 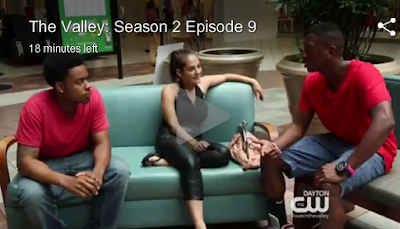 Chris is not there due to "personal issues" of not wanting to be seen in public with Sol and Don B.

The mall marketing guy says they can have the money from one day of their love locks program.Apparently, they don't really have to come up with the ideas themselves. 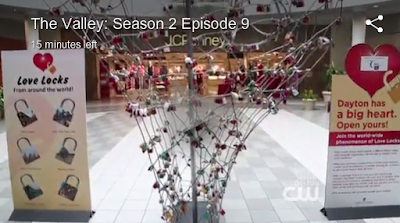 Third Adventure: Bravo Restaurant in front of Dayton Mall
Ryan is at Bravo with Casey, Aaron  and Noelle. Alexys is also on the team and has "lots of good ideas" but isn't there for the meeting.

Ryan at least tries to describe what Hawk's Locks is.

Bravo guy has ideas too. No surprise, it is dine to donate - they are giving 10%.

The great idea is to to print some flyers and invite their friends.


Fourth Adventure: Ryan's redneck Momma at the park
We detour from sketchy hair charities to the real-life country song that is Ryan and his redneck Momma. Just like with Alexys' Momma, this is too unbelievable not to quote a lot.

I highly suggest hitting play on this video while you read. Because it's like the opposite: "Here's your one chance Momma, don't let me down..."

Ryan: My Mom and had a close relationship until senior year of high school when she ran off and left me.

Ryan: "Things got tough [financially]. She met someone and went up north with a guy. And I was left to fend for myself."

Ryan: "I intrigued her to move back here." [sic]

Mom: "I want to talk about senior year and how I hurt him." 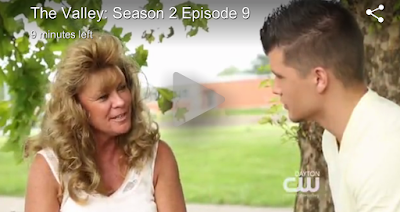 Mom: "I am proud of you and how you have turned out. I did something right, huh."

Mom: "I made a mistake. We used to fight all the time and I couldn't take it. You used to drive me crazy."

Ryan: "When you left I was in shock."

Mom: "You had a cocky mouth that kept on going."

Ryan: "You can forgive and never forget."


Fifth Adventure: Selling locks at the Dayton Mall
Ellis, Sol, Don B and Chris have their event. Yipee, Travon is there! Where is dreamy Officer Perdue?

Sol: "I can sell fish to fisherman."

Have I mentioned that Ellis is too good for this show? 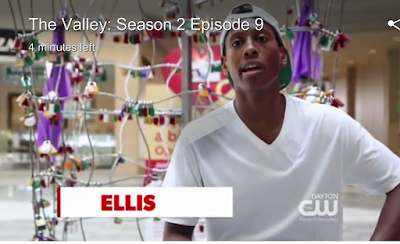 And what is the matter with Ryan's hair?

We do not see the event at the restaurant.


Seventh Adventure: Paul Brown Stadium - outside in the grass
Alexys, Chris and Ellis present the oversize check to AJ Hawk for a good cause, I'm sure.

Alexys: "Ryan couldn't be here today, so I am acting as team captain, as it should have been all along."

AJ has never heard of a love lock.

They give him a giant check for $1,000 of their combined efforts. This was supposed to be a competition with Ellis and Ryan as team captains. 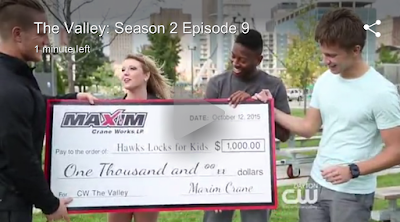 The check is from Maxim Crane, Alesxys' Daddy's company. How much of this came from their fundraisers? It's like Hawk's Locks itself, a mystery...

Next week.
The ladies visit the Humane Society of Dayton, Alexys and Sol go on channel 999, Aaron takes the guys wall climbing, some of them ride on a private jet.


And here it is, your moment of zen. 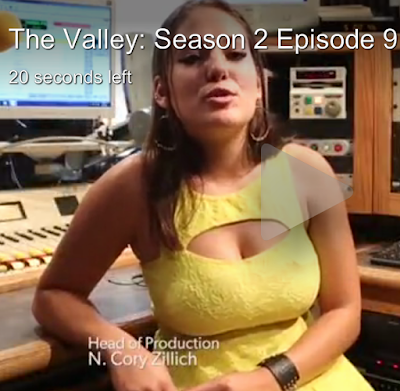