The Valley Recap: Where the Hell IS DeGraff? (S1:E3)

Welcome back! If you missed my first or second review of The Valley, be sure to check them out.


You may be a surprised as I was to learn that The Valley is a Dayton-produced reality show that airs Sunday nights on Dayton's CW. According to the station's website, The Valley follows "the journey of six high school graduates from the Miami Valley as they prepare for the next big step in their lives."


The cast includes:
Ally –  Attacked Donald with ice cream.
Chris – Dude, I don’t know what’s wrong with Nathan
Stephanie – Flirty with Donald
Donald – Mama’s boy
Alexys – “Let’s start a prank war.”
Nathan – I enrolled in a university I have never visited, even though it is less than a 100 miles away from my high school.

Last episode we learned that Nathan is gay.  (Not that there’s anything wrong with that.) And that Stephanie’s purple hair did not even last long enough to show up in her interview scenes. 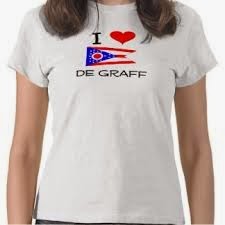 Theme song :  Do you have what it takes?  To watch this show a third time? To deal with the inevitable “after school special” treatment of the gay. To look away when Chris shows his abs, because you are NOT a cougar. NOT. A. COUGAR.

First adventure: Donald’s Mama’s House
Donald needs to move out to live with his Grandpa to get more independence. This was teased the past two weeks to look like his Mama was putting him out on the street, of course. The people who blur t-shirt logos always get a workout when Donald is on screen.

Second  adventure: University of Cincinnati
Nathan opens this scene by sharing that he has NEVER visited the university that he is currently enrolled in and will be attending in two months! Are you FREAKING kidding me?

What is WRONG with Nathan? WHERE. THE. HELL. IS. DEGRAFF? Some other planet?
Am I going to have to write another note to the Mayor?

Maybe Nathan’s family situation didn't allow him to drive 100 miles down I-75 very often? (Can you guess by my outrage that this is NOT the case.)

Chris comes along since he is also attending UC. Chris: “It’s great to think how we’re going to be here in two months” [when I will never speak to you again, Nathan]. 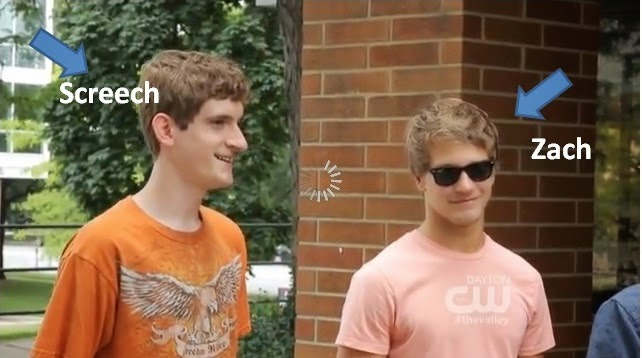 They gave off a "Saved by the Bell" vibe.

No one seems to ride any rides. They play carnival games and win lame stuffed dogs. Donald pretends that he has been there before.

They all eat blue ice cream and Alexys decides to corrupt Ally and start a “prank war.”

We learn that Nathan has had a season pass the past few years. SO HE IS VERY ABLE TO DRIVE TO CINCINNATI for rides but not to investigate his future!?!


Fourth adventure: Alexys’s Dad’s condo mansion with pool overlooking the Ohio River
Everyone comes over to swim and just hang out. Ally asks Alexys about her recent “scholarship” pageant. She was Miss North Central Ohio Teen second place, or something.

Stephanie and Donald flirt, with prodding from Alexys.

I guess there is no craft service for this show, because the girls appear to be eating leftovers from Alexys’s fridge for lunch.

OMG. I really can’t stand Nathan this episode. He decides to “come out” to the guys half naked in a hot tub. This is forgivable, but then, after acting all innocent last episode, he brags about how he saw male strippers last weekend. And how his porn-watching helped him understand he was gay.

The terrible-looking lunch is rectified by Alexys’s Daddy’s off-screen offer to take them all to a fancy restaurant in a party bus. Luckily, they all have nice clothes and full make-up with them to put on.

WKRP-like views of the city to show that every 18 year-old in Dayton can’t wait to get the hell out and do something fun elsewhere.

This post originally appeared on 2thebacon.com. Included here with my permission from me, because this is my blog and the other one is too.