Hey guys, I'm back. Much to everyone's enormous surprise, Dayton's CW decided to take the absolute HIT that was The Valley and bring it back for another season.

And OMG, people, this season is going to be AWESOME. Like they totally opened up the casting to 18-24 year-olds that they selected at the mall.

I am so excited that I created this blog JUST so I could mock recap the show every week and add my two cents on the greatness that is The Valley.

In case you aren't a total Dayton reality geek like I am, I will bring you up to date.

1. The show held casting in April at the Dayton Mall, to catch that critical non-custodial Dad demo, I assume.

2. The cast was announced shortly after and includes people like Casey, whose favorite book is N/A. A classic. Note that she has a communications degree from the University of Dayton.

3. They started filming and in promos it is clear that several of the people from last season are included. At least Stephanie had enough sense to bail. You better bone up.

On a scale from one to Beyonce, this show is going to be epic. Check out this hot preview. And tell your friends to stop by here at Dayton Valley Talk. 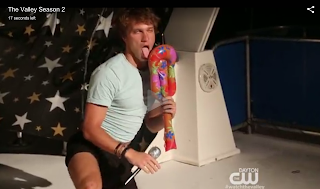